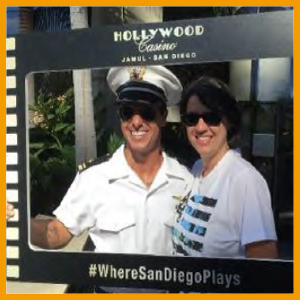 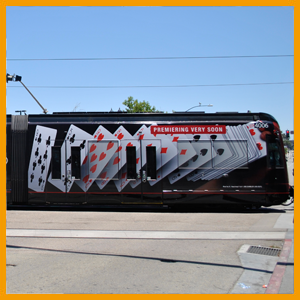 Hollywood Casino Jamul-San Diego is the newest entrant into a crowded gaming market, with three established competitors all within a short driving distance of the new property. As a later entrant into the market, Hollywood must compete with entrenched properties with prevailing local market awareness, brand affinity and a strong database.

RPM was challenged to begin building brand awareness prior to the opening, and to drive interest by getting the word out that the property would be premiering soon.

Using the Hollywood Casino brand as the foundation, RPM’s strategy was to embrace the San Diego culture and position Hollywood Casino as San Diego’s casino. This included the development of a fully integrated campaign that used San Diego’s cultural touchpoints as our guide posts, creating a framework for all messaging and creative. We wanted to weave Hollywood Casino into the local community fabric and reach San Diegans in their everyday lives to forge a direct connection with them.

To bring the strategy to life RPM used a multi-channel approach and developed tactics with the San Diego experience in mind, including visuals of the San Diego skyline, highlighting proximity positioning (Closest Casino to San Diego), leveraging locally based F&B outlets, and building media partnerships with key stations and vehicles such as commuter buses and trolleys.

The “Premiering Soon” campaign launched in June 2016 and created pre-opening buzz that garnered the attention and awareness Hollywood was after – and set up the new property for success in a highly competitive market. Measures for success included pre-launch advertising awareness and online engagement.