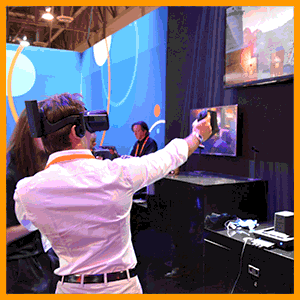 There is a truism in the casino world: Slots are the kings of cash.

At RPM, we learned that on our first day in the casino business over 15 years ago, and it still holds true today. Slots are where the money flows. They are fast-paced and high volume. They come with a relatively small footprint compared their table game cousins, and they never ever take lunch breaks, vacations, or call in sick.

But there is a subtle shift in how the goose is laying its golden egg, and casinos and slot manufacturers are taking note. No longer are slots paying out purely by randomness. Skill-based slots are here.

Just as the name suggests, there is an element of skill involved in a game like “Danger Arena,” the first of its kind in the U.S. that pits the player against robots, and the more robots you kill, the higher the payout. Danger Arena debuted in the fall and so far is available only in Atlantic City. But it, and more like it, are coming soon to Nevada, and other markets are sure to follow.

The ultimate goal of these skill-based games: attract a younger audience to gaming machines.

Traditionally, slot players have skewed older, and in the past several years, younger players have looked elsewhere for entertainment. When they visit casinos, a good chunk of their time – and money – is spent in clubs, by the pool, at shows, or in shops.

So the big question facing casinos is how to get Millennials off the dance floor and onto the slot floor. The answer is a blend of Xbox and jackpots.

If the younger crowd viewed traditional slots with an apathetic eye, the new skill-based games are hoping to turn heads, millions of them. One survey identified a mix of 23 million Millennials, Gen Xers, and Baby Boomers who play video games at home and also visit casinos. 1

But if you consider yourself a video gaming guru ready to make a fortune at the new wave of slots, not so fast. Like always, the house will keep its edge and there are many random variables that will determine your potential payout.

Think of these skill-based games kind of like blackjack. You could be the sharpest player at the table, but if all you’re getting dealt are 14s and 15s, your blackjack acumen can only do so much. Danger Arena, for instance, has more than 10,000 “maps” so that each game is different. Sometimes it’s easier, and sometimes you’ll feel like you got dealt a 15 against the dealer’s face card.

New York-based GameCo and Gamblit Gaming out of California are two of the leading manufacturers of skill-based games. GameCo developed Danger Arena and the recently introduced “Pharaoh’s Secret Temple,” another Atlantic City exclusive. Other games on the horizon include titles based off popular movies like “Terminator 2,” “Mission: Impossible,” and “Ferris Bueller’s Day Off,” as well as a basketball-themed game called “Nothin’ But Net.”

Still in their infancy, skill-based games could be in most U.S. gambling markets by the end of this year. 2

What does all this mean for marketers? Well, eventually the question we will ask audiences will evolve from “Do you feel lucky?” to “Do you have mad skills?”