Connected TV Primer: Audiences, Challenges, and Opportunities for Brands in the U.S. 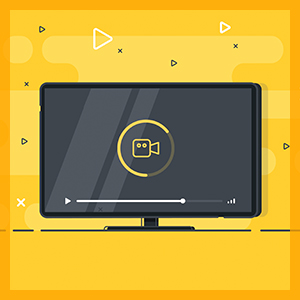 The CTV Audience. CTV is often mistakenly aligned with only people who have abandoned traditional TV services (cord-cutters) or those who have never used a traditional cable or satellite subscription (cord-nevers). In truth, eMarketer and Nielsen report that nearly three-quarters of American households currently own a CTV device. Almost 169 million people use their CTV device at least once a month. Amongst those CTV users, Smart TVs have the greatest device penetration at 56%. The industry is certainly at a tipping point for OTT subscriptions to overtake cable and satellite subscriptions; meanwhile, many CTV users subscribe to both linear TV and OTT services.

CTV is also often associated with the younger demographics. While their adoption is high for all things digital, older generations are also utilizing CTV. In Q4 2017, Nielsen reported on generational ownership of connected devices (Smart TV, internet-connected devices, game consoles), with findings that may surprise some:

In looking at daily CTV usage, Leichtman Research Group released a 2018 study this year that found 29% of all U.S. adults use a CTV device every day; this is a significant increase from 6% in 2013 and 1% in 2010. Here’s how the research breaks out by age group:

While daily penetration is relatively low amongst A55+, it has increased from 10% penetration just one year ago. This percentage is expected to continue to grow year over year as more tech-savvy audiences age into the demographic. Furthermore, those younger viewers that currently watch a lot of video on laptops and mobile devices will likely adopt the larger screen of a TV to watch their digital content as their eyesight begins to weaken.

CTV viewers tend to be more affluent. Nielsen recently found that “homes with streaming devices are also 30% more likely to be higher income, earning more than $100,000 per year.”

CTV Challenges and Opportunities for Advertisers. With the plethora of devices and services, consumers have tons of choice in content and distribution method. As reported in MediaPost in late 2017, research from Parks Associates found that there are at least 200 OTT services available in the U.S. With all of this choice, the OTT service ecosystem has seen an excessive rate of churn, where a person subscribes to a service for an abbreviated period and then cancels. This often happens when viewers seek specific content and then terminate service once binging is complete (e.g., subscribing to HBO Go or HBO Now temporarily just to watch Game of Thrones). These conditions of choice and churn create issues of fragmentation and scale for advertisers, where it can be hard to reach a sizeable relevant audience from a single CTV source, particularly considering that:

2.) Hulu and others operate walled gardens (meaning that the only way to access their audiences is to buy directly from them), which make reaching all people within the target set more difficult

3.) Other OTT services have very limited inventory; for instance, Amazon Prime only offers ad space in its live sports programming, a very small portion of its video library

Until OTT settles into more concentration and stability, one way to combat fragmentation churn challenges is to buy CTV programmatically with a partner who has multiple OTT device and service relationships. Regarding issues of scale, RPM generally recommends CTV as a complement to both linear TV and digital video to fill in the gap as video consumption behaviors continue to evolve.

The size of the TV screen lends itself to beautiful video creative for a viewing experience that is more immersive than what is experienced on the smaller screen of a laptop or mobile device. Data tends to suggest that consumers are more willing to sit through video ads on CTV versus laptop, tablet, or mobile. A study by Extreme Reach found that the video completion rate (VCR) is generally higher for CTV versus the other devices; this was attributed to viewer intent and non-skippable formats.

However, advertisers may not be taking full advantage of CTV captive audiences. A primary complaint from consumers of CTV is the repetition of ads from a single advertiser. Repeated ads within a single show are the result of relatively limited demand for the inventory by advertisers (but demand is growing), rather limited supply of where ads can run, and advertiser tendencies to treat CTV as a mass reach vehicle like linear TV. With overexposure of a single message, advertisers run the very real risk of having their message get tired and turning viewers off of their brands. While the lack of a universal ID will continue to exacerbate the frequency issue, the challenge of repetition can be mitigated to an extent in two ways: frequency capping and creative storytelling.

Advertisers should be mindful of the way that OTT services and devices have changed viewing behavior. Binging—watching programming in a marathon session—is much more common now that entire seasons are often released at once, rather releasing single episodes once a week. Consumers are less tolerant of seeing the same ad several times within the course of a few hours rather than having those exposures spread out across days or weeks. By limiting the number of times a person can be served an ad, advertisers create a more positive viewer experience and a more effective ad campaign. Advertisers just need to be comfortable with shifting away from linear TV success metrics in favor of digital measures.

The nature of binging creates an opportunity of telling a story in the video ad in a linear fashion, especially when paired with frequency capping and retargeting. In a CTV environment, advertisers can control when and how frequently an ad is seen and can serve ads in sequential order. Advertisers must be prepared for creative production implications with this approach. Another benefit of CTV is the ability to target an audience beyond standard demographics. As with digital, first- and third-party data, including customer information and granular geography, can be applied to the targeting for precision not currently found in linear TV buying. These audience-based benefits extend to reporting. While traditional ratings can be a possible metric, CTV excels in more exact metrics: VCR for awareness and consideration objectives and conversions for performance-driven objectives.

Despite its current challenges, CTV can be a fantastic addition to video-driven, omni-channel media campaign when executed strategically, delivering learnings that can be applied to future CTV efforts, to targeting approaches, and to complementary media channels.