Media Buying 2018: Transparency at a Crossroads 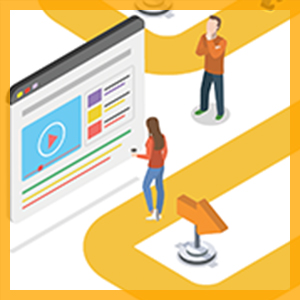 Remember back in 2015 when a speech at the Association of National Advertisers’ (ANA) annual media conference stoked the fire of mistrust between advertisers and media buying agencies? A speaker claimed that media buying agencies were not being transparent in their financial transactions and, as a result, advertisers were not realizing the revenues and discounts they were owed.

Fast forward three years and the issue of transparency continues to plague media agencies. Although the ANA and the American Association of Advertising Agencies (4A’s) formed a joint committee to address the issues of concern, the committee disbanded when neither organization would agree on standards for media audits.

Most recently, the topic of transparency once again captured attention in October when the ANA notified its members that the U.S. Federal Bureau of Investigation (FBI) asked the ANA to inform its members about the investigation. The ANA asked members to consider cooperating with the FBI investigation if they believed they might have been defrauded by their agencies.

Following a webinar for its members, a partner of the ANA’s general counsel developed a white paper to provide a historical perspective of the transparency issues impacting agencies and advertisers. It outlines the options that advertisers have to cooperate or not cooperate with the FBI.

What’s this mean for RPM clients?

Being a mid-sized independent agency not beholden to a large holding company or shareholders has its advantages. RPM remains independent and free to structure its business in a manner that is direct, honest and equitable to our clients. RPM is committed to being 100% transparent in all facets of our business, including media. We believe that complete transparency only strengthens our relationships with clients and we pride ourselves on open, honest and equal partnerships. The value to our clients is in presenting a completely unbiased, advertiser-centric view of media, data, and audience ecosystems.

You can download the white paper from the ANA and law firm Reed Smith here to learn more about the ANA’s activities with respect to transparency and media accountability and the FBI’s recent request.