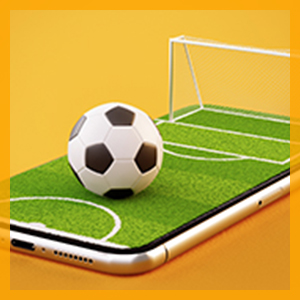 “Care to make it interesting?” Ah, the question that triggers so many wagers among friends. When it comes time to back your team in the big game, it’s often done with a side bet of varying proportions.

Now, thanks to the repeal of the Professional and Amateur Sports Protection Act of 1992 (PASPA), casinos – and potentially racetracks, lotteries, card houses, and others – across the country can ask their players, “Care to make it interesting?”

Once the sole domain of Nevada, legalized sports wagering is now open to the discretion of each of the other 49 states. When the Supreme Court ruled in May of this year that PASPA conflicts with the Constitution’s Tenth Amendment that protects states’ rights, it put in motion what many casino operators are calling “a game-changer.”

Recognizing the potential impact on its Client-Partners in the gaming industry, RPM Advertising attended the second annual Sports Betting USA Conference in New York in late November. The conference addressed the myriad issues that could come via nationwide legalized sports wagering, including integrity of the games, partnerships between operators and leagues/teams, what’s in it for the players, fan engagement, issues specific to tribal casinos and racinos, and more.

To be sure, sports wagering is a huge market. One legislator at the conference estimated that the black market, i.e., illegal wagering made through bookies, is as much as $400 billion annually. Other estimates are much lower: $150 billion or $67 billion. Regardless, there are countless sports fans and bettors of all levels in every potential market, and the goal, according to both legislators and operators, is do it right, rather than to do it fast.

In addition to Nevada, as of December 2018, sports wagering has been legalized in New Jersey, Delaware, Mississippi, West Virginia, Pennsylvania, Rhode Island, and New Mexico (one tribal casino). Throughout 2019, other states are expected to join the list.

Mobile Wagering (especially app-based rather than online) Is the Future Regardless of how big this market becomes, it was made abundantly clear that the vast majority of the wagering will be done via apps. Echoing the sentiment of many, one U.S. operator said, “You have to figure out mobile wagering to make money in sports betting.”

In-Game Betting The most significant feature of mobile wagering is In-Game Betting, which is just what it sounds like – the ability for bettors to make wagers as the game progresses. Those are bets such as which team will score the next touchdown, which batter will get the next hit, how far will Tiger Woods hit his next drive, how many points will LeBron James score in the next quarter, etc.

It’s Off to a Great Start New Jersey reported $25 million in legal wagers in September, and two casinos in Mississippi said the first few months of sports wagering was “far, far beyond expectations.” Additionally, the bettors skewed younger and tended to be new players, which expanded the casinos’ marketing databases.